Shopping Cart
Your Cart is Empty
Quantity:
Subtotal
Taxes
Shipping
Total
There was an error with PayPalClick here to try again

Thank you for your business!You should be receiving an order confirmation from Paypal shortly.Exit Shopping Cart

Review of NO WAY BACK - Virtual Theatre Company

There must be any number of saviour-hearted organisations from both the world wars getting unintentionally overlooked in all the commemorating. One of these is – or rather, has been until now – the splendid VADs. Voluntary Aid Detachment, which strikes my ear as strangely formal and bloodless by comparision. Yet the words are an accurate enough description. The young women formed a detachment, even if they could hardly have been more attached to their work; they were all volunteers, and my goodness didn’t they aid. High time they got themselves memorialised in the words and music of a stage show. Thanks to director John Drewry and his Virtual Theatre Company’s team of some dozen players, singers and technicians, this has now happened and Memories of War has been mobilised. Where better to catch the crack troupe than at the home of the Second War’s star player, Winston Churchill. Here, in the Mulberry Room in the grounds of Chartwell, Drewry and his team have just completed a well-attended three-night run. It’s a game of two halves, first one devoted to First War, second to Second. “No Way Back,” as the first half of the show is called, draws much of its humour, and its poignancy, from the spectacle of genteel shire girls and daughters of the manse turning up for duty as they might for the onerous game-playing at country house weekends. Naturally this world was far more complex and, since the government of Lloyd-George, far more threatened than it liked to let on. The resulting strange English composite of grit, wit, feigned insouciance and moral backbone is beautifully evoked here by Suzanna Rickmann, Marie Kelly, Diana Scougal and the Drewrys John and Eunice. 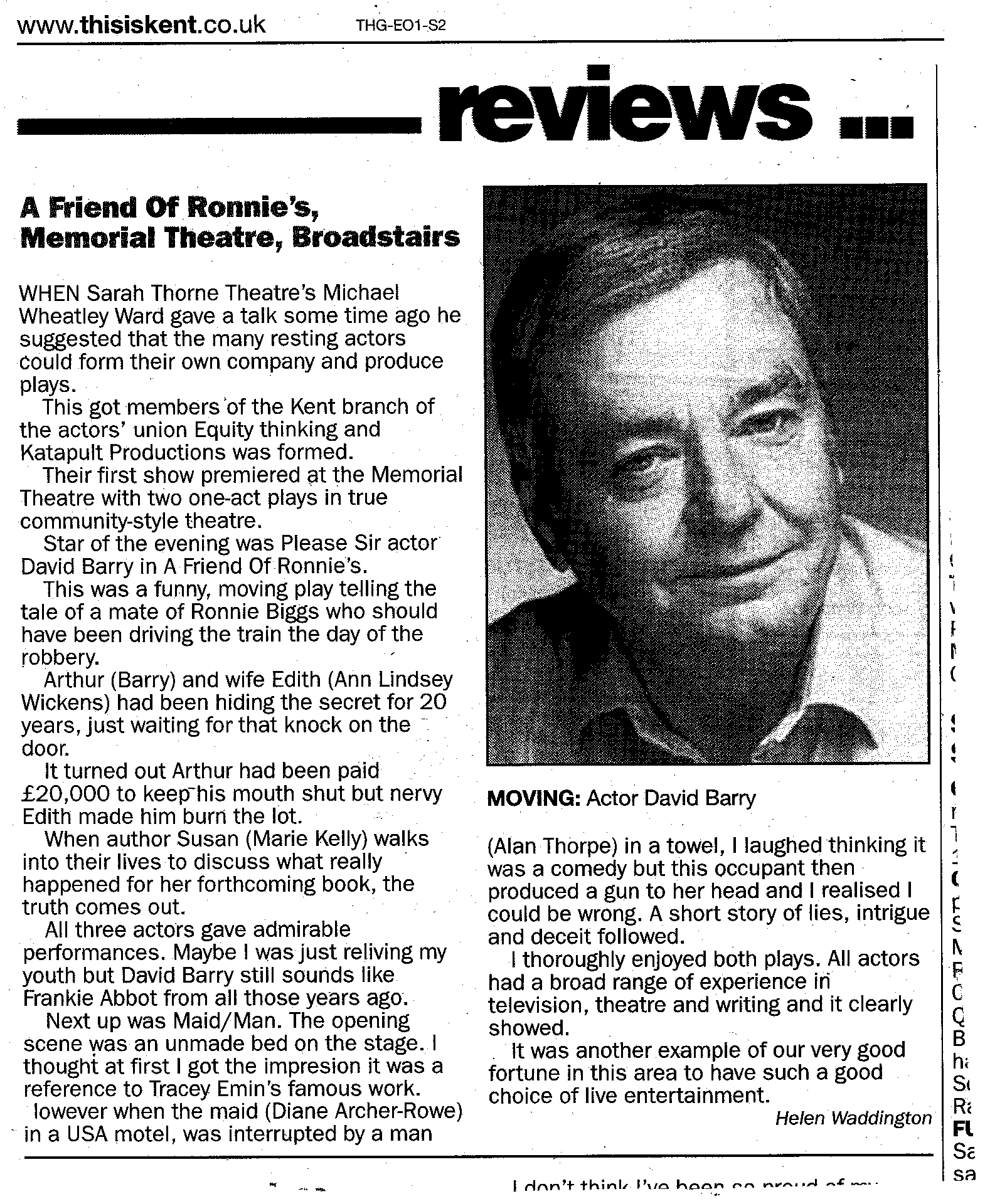 Testimonials GOLR Spring Luncheon, Royal Garden Hotel, Kensington 17th May 2009"Thank you so much for the wonderful harp playing in the foyer before the luncheon. I heard the lovely notes across the foyer and it transported me away! And you looked so terrific and playing so beautifully as well" Queen Ratling

Hi Marie,Thank you soooo much for your fabulous entertainment. They all loved you and have been singing your praises ever since! The looks on all their faces, the way you got them all up singing and dancing, was a joy to see. I'm attaching a few photos as a memory for you and, thanks again, for making such special memories for all of us. Lorraine.